“Hi, I’m Cleo, Managing Director, I’m responsible for running The Paving Experts, and our team day-to-day. This means looking after the ongoing business development, performance, Customer Service, Marketing and Operations here at The Paving Experts. You’ll find me looking at our website development both creatively and functionally, and how to give our customers the best experience online. I’m responsible for monitoring our sales, the volume of customers finding us and where they are coming from and how to bring our services to even more customers, as well as keeping our customers up to date through social media, creating email campaigns and writing blogs. I can usually be found with a cup of Earl Grey tea, with our dog Winnie by my feet tapping away on my MacBook!”

“I absolutely love what I do, after twenty five years working in marketing running big teams for large businesses, it’s a real privilege to be able to bring the skills I’ve learned to running our own family business.”

Cleo started her career working for Great Central Merchants, a buying consortium for builders merchants. At GCM Cleo was part of the marketing and commercial team negotiating deals on behalf of the members they represented such as EH Smith’s & A W Lumbs, with suppliers such as Tarmac, Marshalls & Aggregate Industries, this ensured that ‘over one-hundred’ builders merchants had stronger buying power

From here Cleo moved to Tarmac TopPave where she was responsible for The TopPaver Scheme, here she was accountable for the marketing for over 150 Landscapers and Paving Contractors. Whilst at Tarmac she developed the TopPave website, communications to the members, and alongside her colleague managed exhibitions such as BBC Good Homes & Daily Telegraph Homes & Gardens. Alongside this Cleo also managed the annual contractor conference attended by over 300 landscaping & paving professionals – where she was responsible for organising and delivering product seminars to the group.

After Tarmac Cleo moved on to Instarmac Group plc where she worked closely for four years with Paul Butcher Sales & Marketing Director. Cleo was accountable for marketing for the group and the development of a small marketing team. Cleo developed the 1st Instarmac website, and redesigned the brand which still stands today. At Instarmac Cleo developed a thorough understanding of the brands UltraCrete, UltraScape and UltraTile, and attained considerable knowledge around the BBA Hapas range of products IRR, QC10, PY4, SCJ – and paving slurry grouts such as Flowpoint Rapid Set Grouts.

Having originally studied fashion at Nottingham Trent University, Cleo went back to her love of fashion for a number of years heading up the creative and marketing teams at Bravissimo, and Store 21. Lately Cleo was responsible as Head of Marketing for the development of the marketing strategy and performance of a large team at Helping Hands Homecare, the UK’s largest and most established provider of home care in the country.

Cleo left school with A-Levels in Art & History, and moved into a Foundation in Art & Design at Stafford College, from there she went on to study a BA Honours in Fashion at Nottingham Trent University, and finally a Masters Degree in Design Management & Marketing at Staffordshire University.

Cleo is a member of the Chartered Institute of Marketers and has attended many professional courses to develop her marketing skills over the years. In 2018 she was awarded the ‘Focus on People Award’ voted for by her colleagues at Helping Hands for her commitment to the development, coaching and mentoring of her team and wider colleagues.

Cleo says “It was an absolute honour to have been nominated and awarded the Focus on People award, especially as it was voted for by my colleagues across head office and our over 100 branches. It meant the world!”

Today Cleo manages the running of The Paving Experts – and is committed to the development of the business and looking after it’s team and customers. 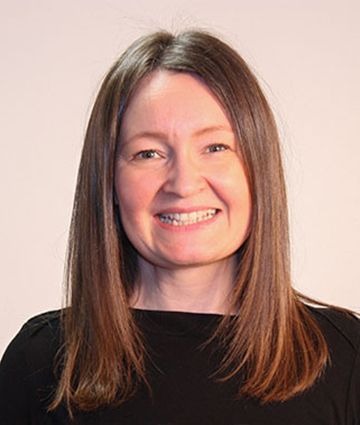